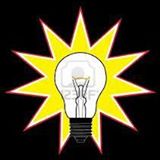 A mate from the UK

"Yeah I'm going back to the UK in October and I'm following the local following of HK (if that makes sense) I think if anyone can help out HK people right now it's the UK. I sent petitions to improve the BNO citizenship, gonna write to my MP when I'm home--actually even Brexit supporters are in favour of this--It's rare for political consensus on ANYTHING in the UK these days

UK needs skilled / big brain labour and the general consensus is that in post-Brexit Britain, labour from Hong Kong could be immense benefit and the government have made noises about this being the plan after brexit, to reach out to ex commonwealth countries etc "