As all of us are already aware, we are in a season of great ups and downs in the nations of the earth. There are great uncertainties of our time which cause great tensions due to the lack of clarity for the future.At the same time, we are in one of the most spiritually pivotal and progressive seasons we've been in for a long time. All can feel the spiritual tectonic plates ready to give way to a season of the new on many levels, including revival. Wherever there are great tensions, there is great power.

All this being said, there are prophetic meters that have been given to us to measure where we are at in these times through credible voices – and without a doubt, one of the most constant of these credible voices I know, unarguably, is Bob Jones. For many decades now, Bob Jones has accurately brought the word of the Lord to churches, cities, regions and leaders globally with detailed accuracy. Before us there is a 30-year word from Bob that is getting ready to come to pass, which I feel is most urgent – we need to hear it and understand it as it will encourage many. In short, here it is:

Back in January of 1979, the Lord took Bob into a vision to a place by the sea and called it the "Sands of Time." Bob said he saw great leaders, apostles and prophets that were representatives in their generations sticking their hands down into the sands to bring up what looked like old shoe boxes. As each one did, Bob could hear them say, "Is this the time? ...Are the promises for now?" With each of the leaders there was nothing in the box, as the promises weren't for their generation.

"Everyone that was conceived, that was in the womb, or nine months prior was literally the army of God. The first would be leaders and the second would be the greatest army that nothing could ever stop, and when they reach the age of maturity I am going to begin to release them in power. I will arm them out of My armory in Heaven. There is no gift that I will deny them. They will literally pull down the warehouse of God and they will have no fear of the enemy. They will glorify Me beyond anything that has ever been. They will represent Me in My holiness and compassion."

The Age of Maturity

October 13, 2011, will mark thirty years from the date. The age of 30 is representative of the age of maturity. When Jesus was about to begin His public ministry He made His way to the river Jordan where John was baptizing. We know that Jesus is the Word of God for the Scriptures clearly tell us:

"In the beginning [before all time] was the Word (Christ), and the Word was with God, and the Word was God Himself... He came into the world, and though the world was made through Him, the world did not recognize Him [did not know Him]. He came to that which belonged to Him [to His own – His dominion, creation, things, world] and they who were His own did not receive Him and did not welcome Him" (John 1:1; 10-11, AMP).

As a young man growing up, Jesus grew in favor with both God and man. He was subjected to His mother and Joseph as long as He was under age. He was still the Son of God, but was under the guidance of another and directly responsible to His guardians. This Greek word for "Son" is called "Teknon," which is a relationship formed between people by the bonds of love, friendship and trust, just as between parents and children. It is used as an affectionate address ("my child") by patrons, helpers, teachers, etc. Pupils and disciples are called "children" of their teachers, because the teachers' instruction nourishes the minds of their pupils and molds their character.

This was the relationship with Jesus and His mother at the wedding feast in Galilee. They ran out of wine and Mary, Jesus' mother, told Him to do something about it. He told her plainly that it was not His time yet. She then, realizing that it was about to be His time of introduction to the world, told the servants, "Whatever HE says do it." It was no longer what she said. And this was the beginning of His public ministry. However, before He entered His public ministry He first needed to step into a place of maturity as a Son:

"In those days Jesus came from Nazareth of Galilee and was baptized by John in the Jordan. And when He came up out of the water, at once he [John] saw the heavens torn open and the [Holy] Spirit like a dove coming down [to enter] into Him. And there came a voice out from within Heaven, 'You are My Beloved Son; in You I am well pleased'" (Mark 1:9:11, AMP).

The word used here to describe "You are My Beloved Son" is the Greek word "Huios," which means "mature" or "full grown." When Jesus stepped down into the Jordan River He did as the Word of God, but as yet a "Teknon" son or child. Through the waters of baptism He rose up and John saw the heavens torn open and the Holy Spirit like a dove coming down (to enter) into Him and "rest upon Him." And there came a voice out of Heaven saying, "You are My Beloved Son (Huios – Mature One); in You I am well pleased."

This end time Army of God is coming of age in this season in preparation for what I believe will be one of the greatest revivals to ever sweep the world. Like Jesus did, they are reaching an "Age of Maturity," being baptized both by the Word and the Spirit. He went down into the waters of baptism in the Jordan River as the Word of God, and when He came up the Spirit of God filled Him and He came out that day a mature Huios Son of God. Word and Spirit came together. We've had many incredible moves of God in our day that have impacted cities, states, regions and even nations, but there is coming a mature family of Sons on the earth, a Glory Generation that will be so filled with the Word and Spirit of God it will usher in the greatest End Time Revival the world will ever see.

Jeff Jansen is Founder of Global Fire Ministries International, and Senior Leader of the Global Fire Church and World Miracle Center located in Murfreesboro, Tennessee. Jeff's burning desire is to see churches, cities, regions and whole nations ignited and transformed by the power of God. Global Fire Ministries is an inter-denominational ministry aimed at equipping and igniting the Body of Christ for global harvest. Jeff travels full-time hosting international crusades and ministering at conferences, churches and Glory Gatherings around the world. Jeff and the GFM team are available .

Source:  from a message written by Jeff Jansen and was found on Facebook. 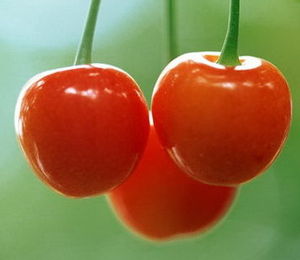 I will be very busy in the coming two years. I will stop ｕｐ ｄａｔｅ this blog.  You may visit my blog in Sina.